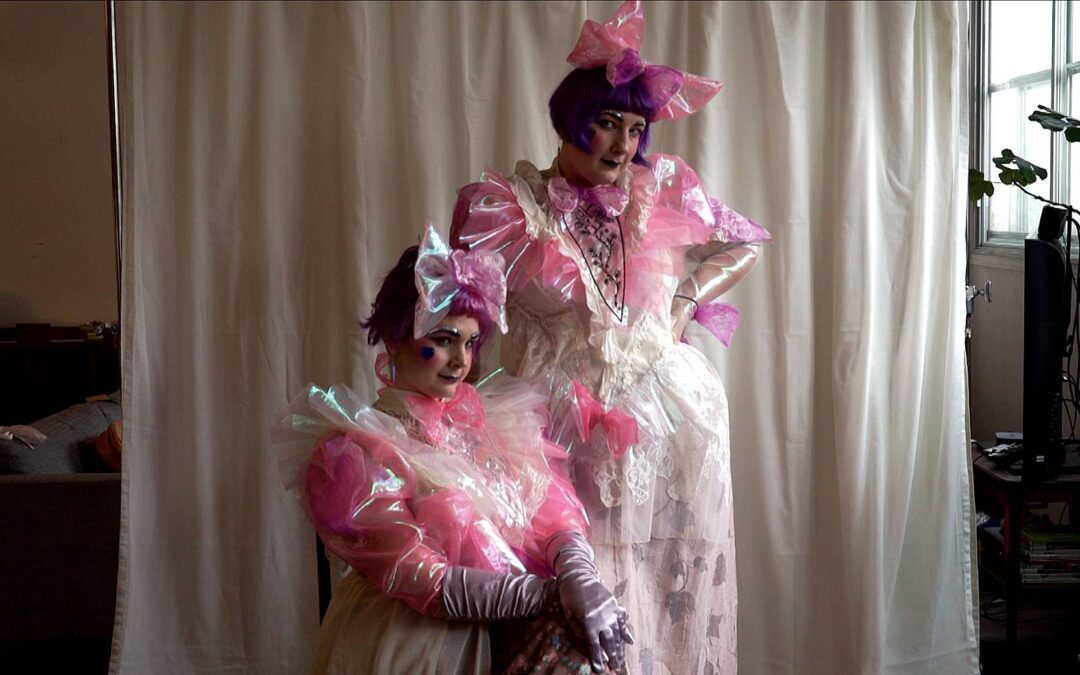 To be the daughters of accomplished artists is intimidating; there is intrinsic pressure to find one’s own artistic voice. The journey to realize this voice can be a lifelong endeavour, and the courage to experiment becomes the mechanism to cultivate an artistic practice. As a young adult, Jasa is now an interdisciplinary artist working mostly with visuals and images. Her sister Tyr is a classically trained musician, who also provides vocals and cello for their Montreal-based band, Syngja. Their most recent album is inspired by, and features cassette tape recordings of their great-grandmother singing Icelandic folk songs. With its release, they’ve been invited to Iceland as part of an artists residency.

The audience is invited deep into Tyr and Jasa’s unique creative process and personal lives. All their years of hard work and dedication culminate in this next big step, bringing the sisters closer to each other and their cultural heritage.

In her debut feature film, director Catherine Legault immerses viewers in an oneiric world made up of animation, live performances, and cinema vérité. More than a portrait, Sisters: Dream & Variations is an inspiring look at the artistic approach, its various forms, and how art the art can simultaneously express and explore who we are.