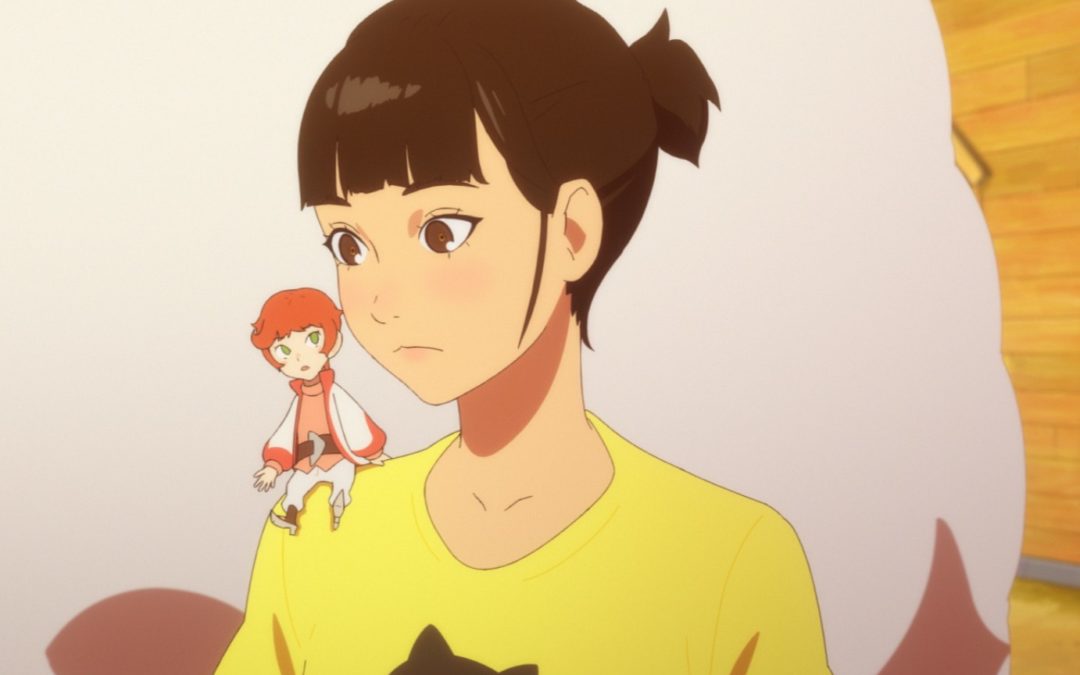 On the day before her birthday Akane meets a mysterious alchemist who enlists her to help save his mystical plane of existence. Convinced Akane is the sacred ‘Goddess of the Green Wind,’ the alchemist and his tiny fairy-like assistant usher her and her friend Chii off to their fantastical hidden world. The Wonderland journeys to a world, not unlike our own, in which its life force is signified by vibrant colours. As the colours of this land dim, in turn so does the resolve of its people. Fearing she’ll never find her way home, and feeling frail in the face of insurmountable forces, Akane must figure out how she is meant to overcome the darkness of this realm.

Somewhat an analogy for our own biosphere, in danger of collapse, and our personal struggle to find solutions, Director Keiichi Hara’s marvellous creations depict a fantasy of pure Wonka-esque imagination. Best known for the award winning Miss Hokusai, Hara is also known to Vacnouver audiences for his superb anime, Colorful, which won R2R’s Adult Jury Award for Best Picture in 2012. Drawing inspiration from English language fairy tales, such as: The Wizard of Oz, Sword in the Stone, and Alice in Wonderland, this latest offering is a departure from the more traditional Japanese storytelling depicted in his earlier films. Decidedly younger and more accessible in aesthetic and sentiment, The Wonderland is a delightful, sensitive, and epic adventure for anime fans of all ages.