Veins of the World 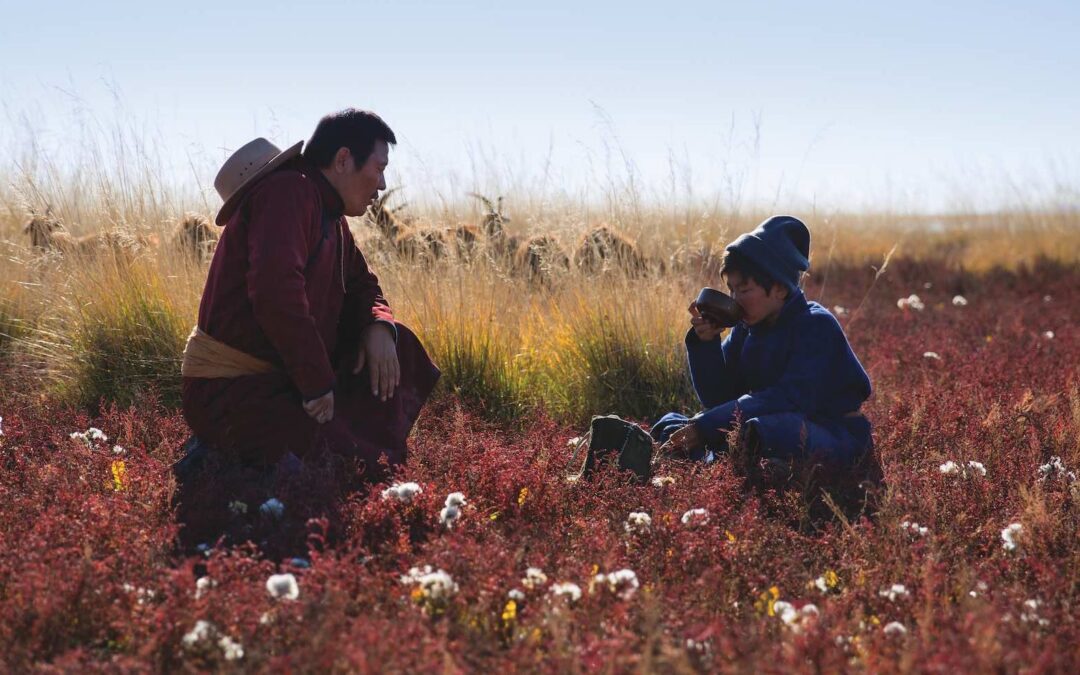 A testament to living in harmony with nature, this remarkable coming of age tale centres on the traditional nomadic way of life on the Mongolian steppe. Amra’s father is the lone voice in the community willing to stand up to the injustices of the global mining companies. While these companies have only been permitted to do exploratory work, workers have already begun to tunnel deep into the temperate grasslands of the steppe, without the community’s consent. The land and rivers provide important nourishment for the goats, sheep, and people of the grassland, who all depend on this sensitive ecosystem for their livelihood, which primarily consists of herding and cheese making. Watching YouTube clips with his friends, Amra longs to see the capital, Ulaanbaatar, and dreams of singing on the popular TV show, ‘Mongolia’s Got Talent.’ When Amra’s father dies in a tragic car accident, Amra is forced to abandon his childhood reverie and assume financial responsibility for his family. Suddenly he must grow up fast and submit to work he might not have chosen otherwise.

Veins of the World is Oscar nominated director Byambasuren Davaa’s debut as a dramatic feature filmmaker. Davaa is best known for her gripping documentary work, The Story of the Weeping Camel, which has been translated into many languages and has won accolades at festivals around the world.

Advisory: The death of a parent is sudden, and a child is put in danger on a mine work site.