Curated with an audience ages 9-13 (grades 4-7) and their families in mind, Let’s Talk Justice! is full of short films whose makers, characters and communities are seeking justice. Before watching this program, brainstorm together: what are some examples from your own community where people are seeking justice? What role does filmmaking and storytelling have to play in creating a more just world? What roles and responsibilities do you have to contribute to this world?

After watching this program, reflect on how the subjects of each film and the people who created it might be seeking justice. We’ve compiled a list of resources to seek justice towards a world that is anti-racist where people of all ages are free to express their gender. A world where people have loving and mutual relationships with their families, friends, teachers, environments and ancestors.

This program consists of four stellar films that all center the experience of Canadian youth: Mahalia Melts in the Rain, Breakaway, Beauty, and Biidaaban (The Dawn Comes).

Content warning: accounts of racism, sexism, transphobia and homophobia, made by filmmakers with direct lived experience. 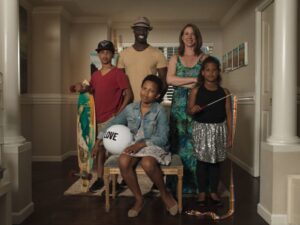 Exploring the lives of five gender-creative kids, this thoughtful, playful, and gentle documentary is essential viewing for children and adults alike. Celebrating self-determination and acceptance, these remarkable young people invite us into their imaginations and their intimate, and sometimes challenging experiences, showing us what it really means to be human. Whether it’s dealing with bullies, explaining themselves to their parents, or navigating the uncharted waters of new relationships, Bex, Lili, Fox, Tru and Milo talk about their experiences and struggles to live in authenticity. 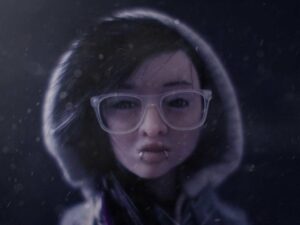 Biidaaban, a young, Anishinabe, gender non-binary person, sets out to reclaim and revive the maple tree sap harvest in thier unwelcoming Ontario suburb. This ceremonial  practice of harvesting to make syrup goes back to time immemorial for the Anishinaabe people, yet traditional methods are no longer visible. Indigenous territory has been overrun by urban development, settlement and occupation, which present obstacles for the Anishinaabe to practice this traditional connection to the land. Biidaabaan can see through multiple dimensions while existing and moving in their present time and space; tracing and continuing the movements of their people and the creatures and land, as their ancestors once did.

Who owns these maple trees? Who has the right to use them? Accompanied by a 10,000-year-old friendly shapeshifter, known as Sabe (who some call Sasquatch), surrounded by the spirits of Ghost-Caribou and Ghost-Wolf, and fused with the collective, Biidaaban must overcome their fear in order to pursue their right to tradition. In this mesmerizing short work, from acclaimed director Amanda Strong, time freezes and warps, while echoes from the past are made visible, as we remain steadfast in the present.

Mahalia Melts in the Rain 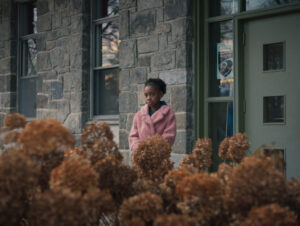 When confronted by the white girls in her ballet class, nine-year-old Mahalia is made to feel like an outsider. In an effort to improve her confidence before picture day, her mother takes her to a salon to have her hair straightened for the very first time. Salons can represent both a safe haven and realm of personal empowerment for women, and for some women, a means of imposing dangerous beauty standards. Mahlia is both exhilarated and overwhelmed by the experience of getting her hair done, and we are invited to observe her internal journey through these uncharted waters. On picture day, when the other students pressure her to join in on their idea of fun, it becomes clear that Mahalia doesn’t enjoy the same privileges they do. By centering the perspective of a young black girl in a predominantly white space, directors Carmine Pierre-Dufour and Emilie Mannering draw our attention to the deep rooted microaggressions and double standards that Mahalia is faced with on a daily basis. An exceptional and tender film that will sit with you long after the credits roll. 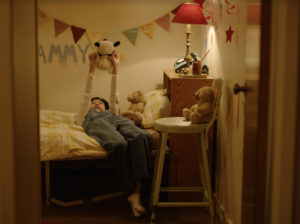 Eleven year-old Sammy, the youngest sibling in her Chinese-Canadian household is obsessed with hockey. Inspired by her idol, Barry Wong, the first professional player of Chinese descent, she dreams of playing for a Vancouver team someday. However, her responsibilities at home and annoyingly childish older brother’s bullying get in the way—not to mention hockey is mostly reserved for boys, not girls! Raising questions about the old tropes “boys will be boys” and “girls should be seen but not heard,” filmmaker Jenny Lee-Gilmore goes beyond the frustration of sibling rivalry to reveal deeper truths about how we raise boys vs. how we raise girls.

Advisory: A hockey coach has an overtly racist interaction with a young girl.