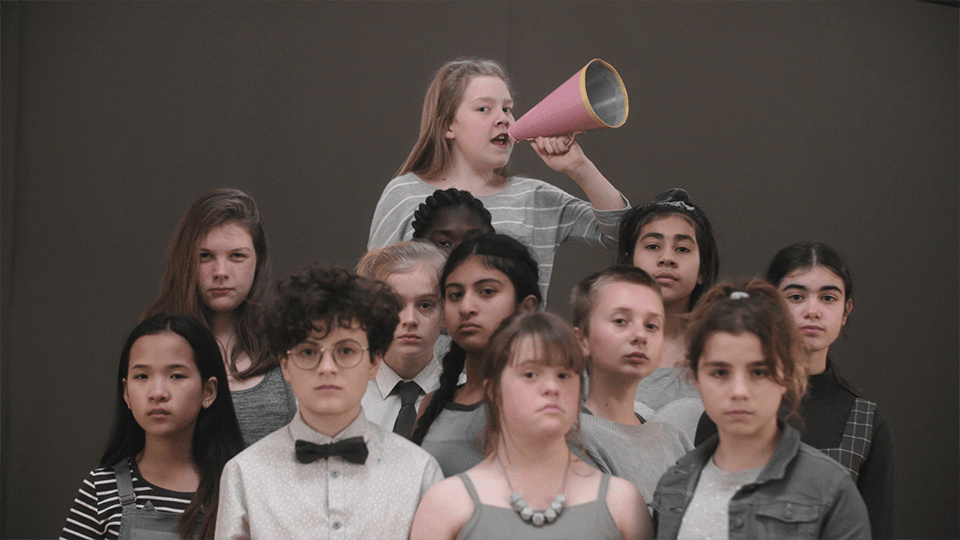 Performing themselves, twelve girls participate in a hybrid documentary/work of theatre as they investigate the curious and unique creature commonly known as the 12-year-old girl. Hot off the heels of her dazzling appearance in the Australian coming-of-age drama, 52 Tuesdays, Tilda Cobham-Hervey’s directorial debut is an astounding accomplishment not only for the detailed attention to its subjects but also for the inventive and playful manner in which it disrupts the documentary form.

BACK TO DOC DAY PROGRAM

BACK TO IT’S A GIRL’S LIFE PROGRAM

BACK TO ONE GIRL FEATURE