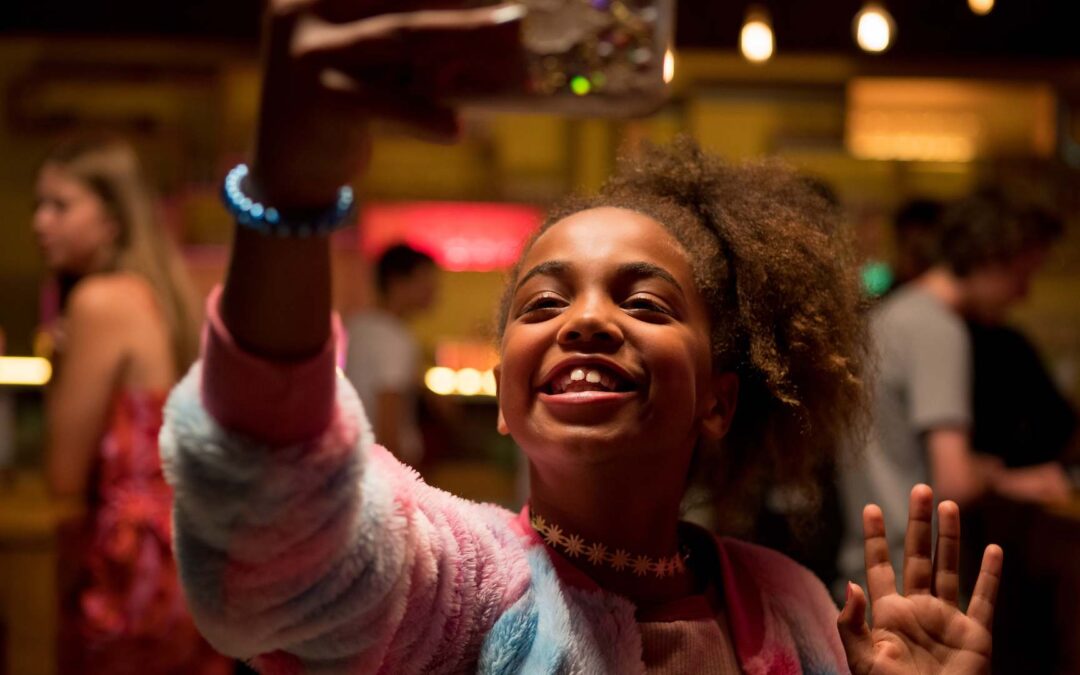 To be an online influencer one must have a bright presence that resonates. Binti has a charming personality, though she hasn’t been able to translate that into online followers. Convinced she has what it takes, she vlogs her every waking moment from her phone. When the immigration police raid her home, Binti and her father are forced to flee. Escaping into the woods, Binti finds refuge in Elias’ treehouse, a command centre for Elias’ mostly unsuccessful, yet passionate, campaign to save the okapi (an endangered Congolese forest giraffe). Apprehensive at first, Elias and Binti eventually connect and begin to understand each other’s experience in new and surprising ways. Capitalizing on Binti’s growing social media presence, the two decide to get creative and take Elias’ activism to the next level. Making vibrant short videos to promote their efforts, they plan a community fundraiser which promises traditional Congolese dance and poetry. While Elias is focused on saving the okapi, Binti is strategizing a way to get Elias’ not-so-single mom to marry her dad. This would give them a safe and legal avenue to asylum in Belgium. As Binti’s online support grows and their friendship solidifies, so too does Elias’ dimensional understanding of the realities migrants face. In the end, Elias must find the courage to stand up for his friend. Binti is a hopeful and eye-opening story about the power of friendship, love, and the ideologies that connect us.

Advisory: During a raid, police chase residents onto the street; migrants are restrained, arrested and held in a jail-like detention centre; a young person is handcuffed.