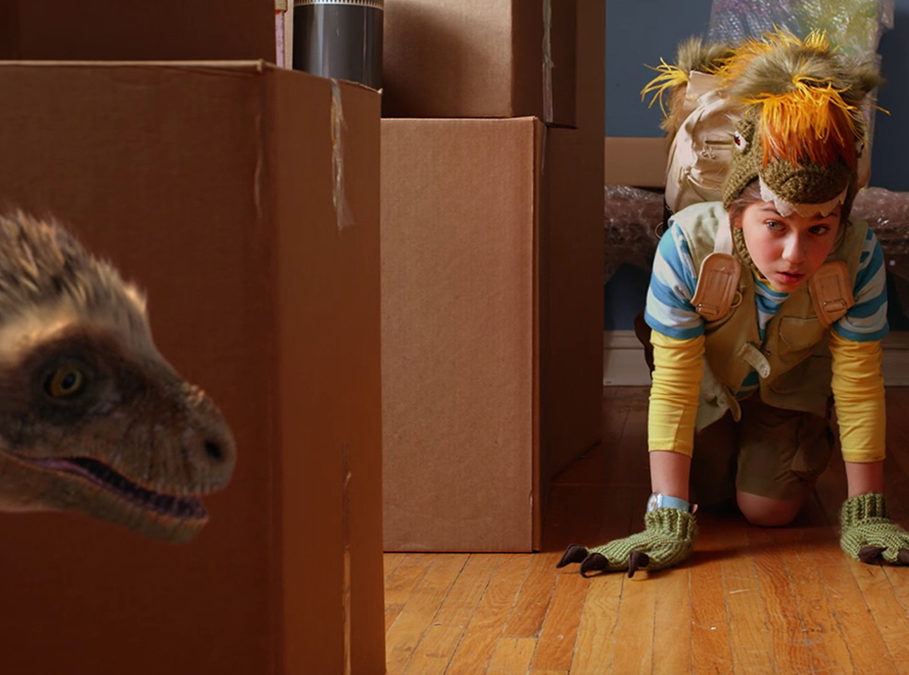 Based on the popular Canadian children’s TV series of the same name, Dino Dana The Movie celebrates blended families, smart kids and science above all! Dana has a vivid imagination and lots of burning questions. At ten years old, she already has a solid working knowledge of the Mesozoic era and tracks all her favourite dinosaurs in a special Dino Field Guide. Yet one fact remains unknown: where are all the kid dinos? How come no one has ever excavated a teenaged T-Rex? Dana’s new upstairs neighbour Mateo is also a dino-lover. When Mateo is dino-napped by a T-Rex (thinking he’s one of her babies) it’s up to Dana, her sister Saara, and Mateo’s older stepbrother Jadiel to rescue him. While all this dino action is unfolding, Saara is finding it difficult to decide which parent she should live with. Jadiel doubts anything that he can’t see with his own eyes, so when Dana and Mateo tell him they see dinosaurs, he doesn’t buy it. That is, until he finds Dana’s magical Dino Field Guide, which conjures dinosaurs for them in real life. This discovery kicks off a prehistoric journey– bigger than anything the kids have ever experienced. They soon come to understand that appreciating family, whether human or Jurassic, is key.