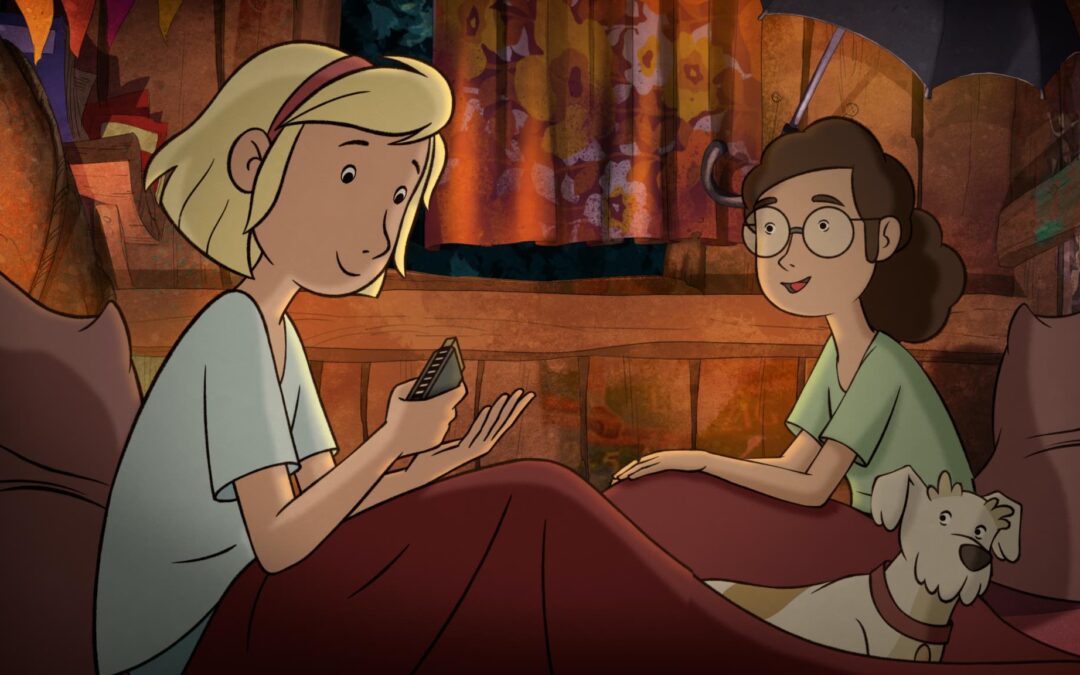 Sophie is Fritzi’s best friend, and her entire world. They spend their days dreaming, climbing in tree forts, and dancing with Sophie’s dog, Sputnik. Unexpectedly, their idyllic summer is interrupted when Sophie is whisked away to her grandma’s house in Hungary. Fritzi is entrusted to take care of Sputnik until Sophie returns. When the school year begins, and Sophie still hasn’t returned, it becomes apparent that she can no longer enter  East Germany. The Berlin Wall has been erected and the gates have been closed. Young Fritzi is distressed that she won’t see her friend again, and even more so now that Sophie won’t be able to see Sputnik. Confronted with the larger politics at play, Fritzi’s world view expands when she stumbles upon a peaceful rally calling to tear down the wall. The people around her in the streets are risking arrest, and may possibly be harmed, yet they stand committed to changing their country for the better. Inspired by this show of solidarity, Fritzi now knows exactly what to do: she must reunite Sputnik and Sophie.

Rich with historical accuracy and accessible to the politics of the time, Fritzi – A Revolutionary Tale offers an entry point for young audiences to understand a piece of the past and a perspective that is as relevant today as it was at the time.

Advisory: Demonstrators at a protest are confronted with anger, which leads to some mild and off-screen violence.