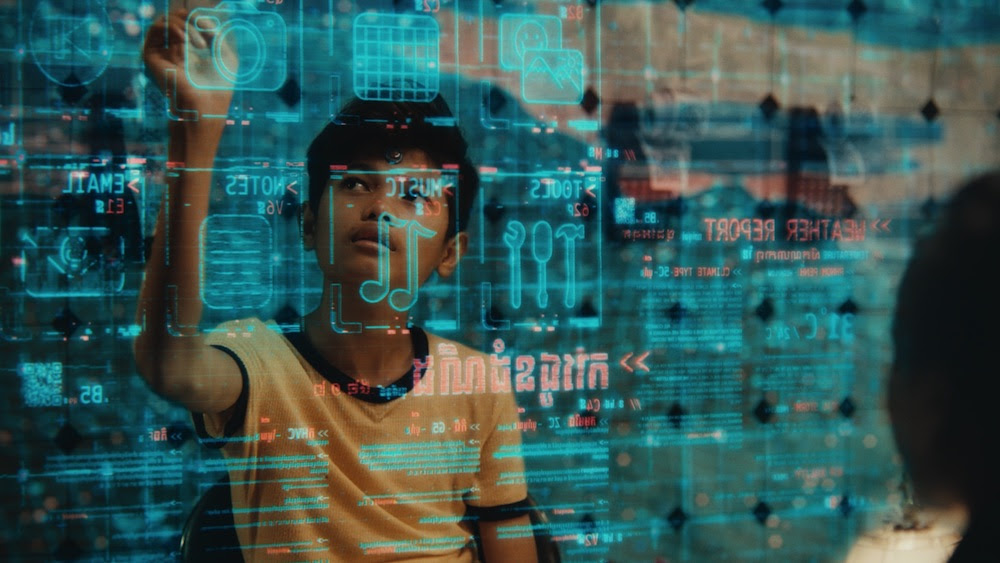 A Cambodian Buddhist, sci-fi – yes, you read that right! Nano technology has advanced to the point that the economically privileged live in an augmented reality. Unfortunately, not everyone in Phnom Penh has the means to be linked into the network. In fact the closest most in Tralop Bek come to ever being augmented is when scientists pay residents of the impoverished community to be test subjects for their new augments. Prompted by vivid dreams of his past lives, 13 year old Leng set out to find a rare golden statue believed to be taken from his home by the French, centuries ago. As they follow clues to find the statue, Leng and a local street scavenger, Srey Leak unearth unsettling information about Leng’s true identity. As the details of Leng’s  past selves begin to take shape, the two friends must decide how far they are willing to go to find this treasure and the truth. Ultimately, Karmalink is a tender, cerebral cyber-drama of epic promotions that will expand the most rigid conceptions of both science and spirituality. Karmalink manages to build a world of pure futuristic imagination that is as real as any waking dream.