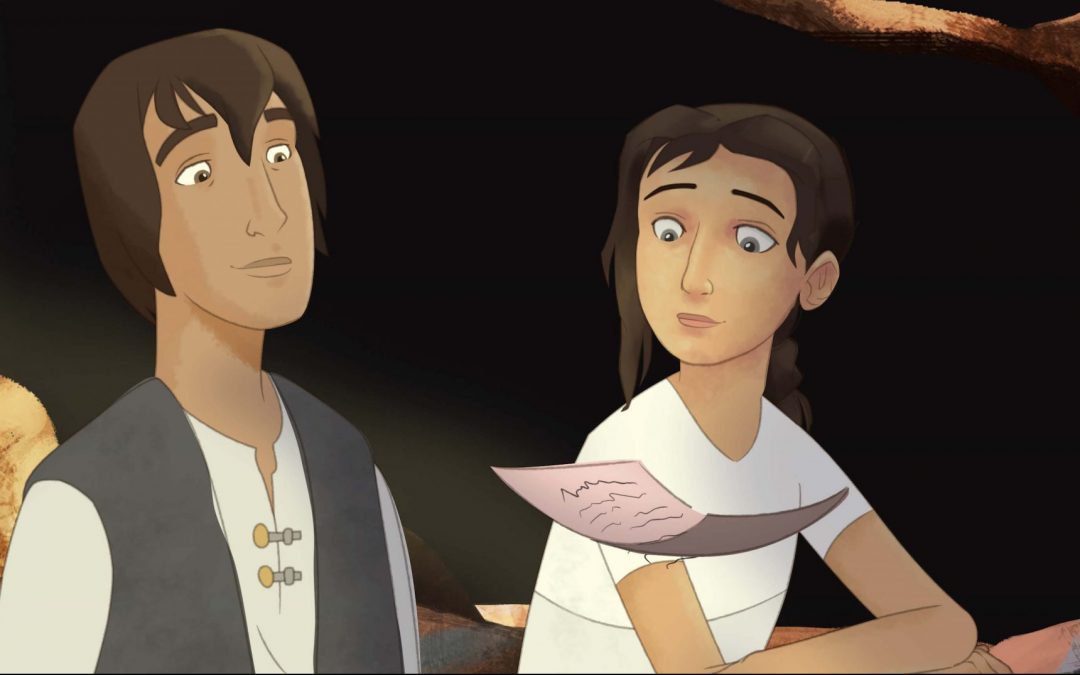 Growing up in Aleppo, Syria, 12-year-old Lamya’s curious mind meets a fascinating muse in the poems of Rumi. Her tutor has offered the poems as a topic of study, to discuss Rumi’s life as a refugee. Taken by his words, Layma cannot conceive his full impact, until she too, like Rumi, finds herself fleeing her home, destined toward an unknown future. With her mother distraught and her community in ruin, with danger around every corner, Lamya escapes the turmoil through her dreams, her vast imagination, and the comforting words of this great poet (from the book her beloved teacher gave her and has now become her only earthly possession). The parallels of Rumi’s story, set in 1221, form an alternate reality in which Lamya meets Rumi to connect with his experience in new and surprising ways. Set in 2016, Lamya’s sensitive, animated tale offers a glimpse at the detrimental impact of war and the fortitude of human connection across time, through art, and as a necessary response to atrocities. Brimming with love and heartbreak, and the complex range of emotions in between, Lamya’s Poem fills the screen with lyricism and empathy. It’s not to be missed.

Advisory: Animated images of acts of historical violence and poor treatment of migrants