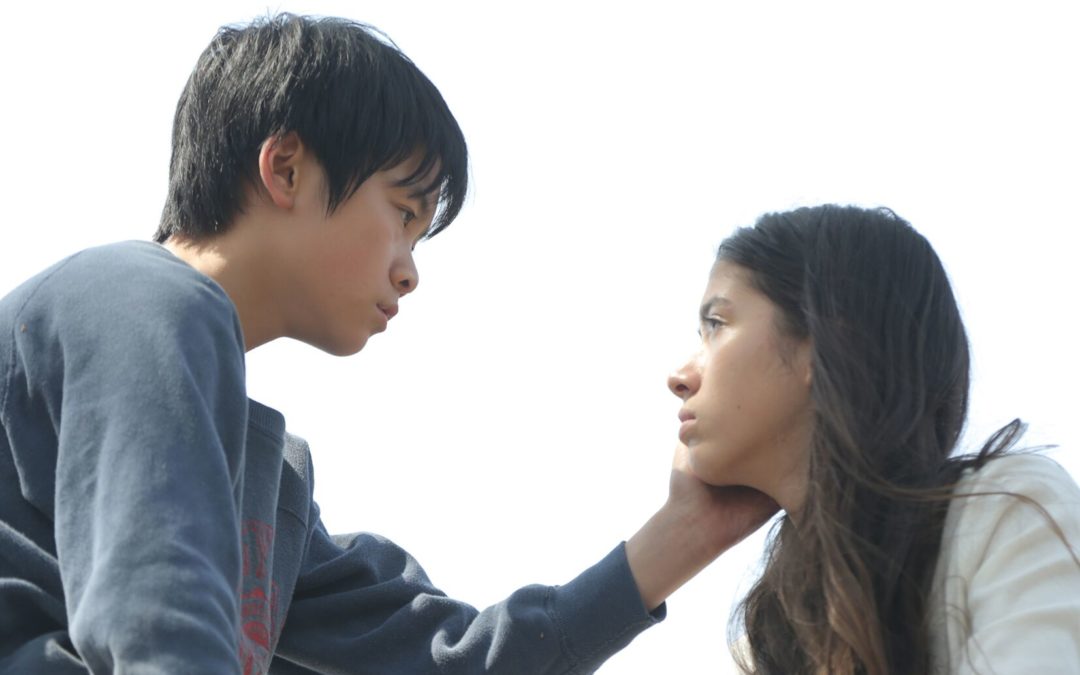 In a countryside, townspeople gather annually for a traditional celebration of death and renewal. The students of Satoshi’s class are building a float to carry in the parade, at the end of which their creation is ceremoniously destroyed. Satoshi, finds the tradition wasteful and has a distrust for adults, having caught his father on  a romantic outing with another woman. Trying to make sense of his maturing body, Satoshi is embarrassed when a beautiful new girl, Kozue, takes notice of him. Perplexingly, she asks him: “Are you a child?” Neither of them genuinely seem to understand the answer. Taunted by his classmates, a bashful Satoshi gives Kozue the cold shoulder. Strangely enough, that doesn’t bother Kozue. Bewildered by her otherworldliness, Satoshi gradually learns that Kozue’s outlook might actually come from another world. Based on the novel by Kanako Nishi, Makuko touches on life’s deeper existential questions, inspiring curiosity and reaching a deeper understanding of this terrestrial plane.

Advisory: Satoshi is uncomfortable with the natural changes occurring to his body and asks his father to inspect his pubic region for abnormalities, of which there are none, and they proceed to have a frank and humorous discussion about anatomy