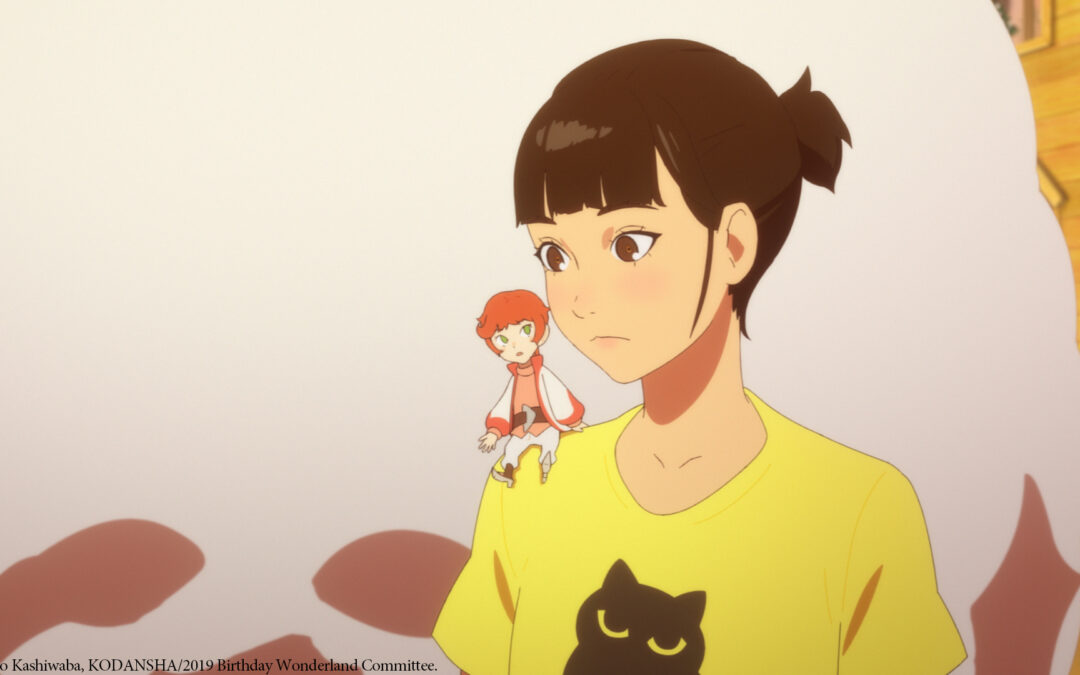 On the day before her birthday, middle schooler Akane discovers that a vibrant world exists on the other side of the basement door in her aunt’s shop. She meets a mysterious alchemist (accompanied by his tiny, punchy apprentice) and embarks on an unforgettable adventure in a magical world faced with an unprecedented crisis: a critical drought that is causing happiness and colour to disappear. Considered to be the Goddess of the Green Wind, Akane is destined to save the prince by bringing the rain back to this parched world, and defeating the evil Zan-Gu before he destroys what’s left of the light.

Based on a popular children’s book by Sachiko Kashiwaba, director Keiichi Hara’s marvellous creations depict a fantasy of pure Wonka-esque imagination. Drawing inspiration from English language fairy tales, such as: The Wizard of Oz, Sword in the Stone, and Alice in Wonderland, The Wonderland is a delightful, sensitive, and epic adventure for anime fans of all ages. Hara is also known to Vancouver audiences for his superb anime, Colorful, which won R2R’s Adult Jury Award for Best Picture in 2012.